Efficient Power Conversion (EPC) CEO Alex Lidow tells Light Reading he might be within two years of a breakthrough that would upend the entire semiconductor market: CMOS logic implemented in gallium nitride (GaN).

Lidow has been talking about the end of the silicon era for years. The claim has often been taken as hyperbole because, while GaN has much to recommend it, there was always a catch: the fact that nothing can compete with CMOS logic, and GaN simply can’t do CMOS.

On the plus side, GaN has properties that make the performance of GaN power ICs (field-effect transistors, amplifiers, drivers, controllers, etc.) undeniably superior to their silicon counterparts in many circumstances. And silicon simply craps out in several situations, like, for example in high-frequency applications. You have to use GaN, or some other material. 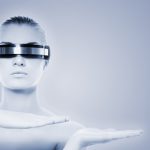 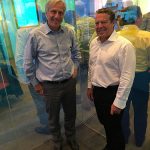 Next Story:
A Silicon Pioneer Plays Taps for Silicon, And Power...