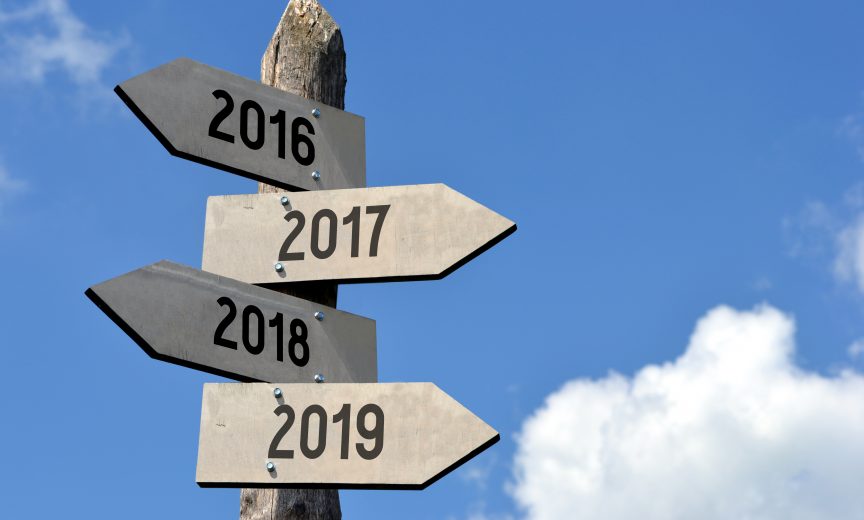 In January of 2016 I made several predictions for the then-nascent year.  Predictions were made for new markets such as wireless charging, augmented reality, autonomous vehicles, and advances in medical diagnostics and internet access.  Progress in these markets was made on all fronts, sometimes faster and sometimes slower than anticipated.  So here we are about to start a new year and, perhaps foolishly I am ready once again to predict the future.

Wireless Power Will Become Mainstream:  Full disclosure:  I have made this exact same prediction for the last three years!  Wireless power will continue to gain traction with increased consumer demand charged by new products and applications. We have already seen companies such as Hewlett Packard, Dell, jjPlus, and Witricity introduce, or announce their intention to introduce products based on Airfuel standards. Qi deployments continue at a rapid pace.  Both standards can be bridged with multi-mode transmitters that work with anything.  Qualcomm has included the Airfuel format into their Snapdragon chipsets thus reducing the cost to enable hundreds of millions of cell phones, tablets, and Chromebooks.  Automotive companies such as Toyota and GM have introduced wireless charging in the center console of passenger vehicles.  Wireless charging of electric vehicles has been standardized and deployed.  Furniture makers such as IKEA are embedding wireless chargers into desks, end tables, lamps, and chair armrests.  Holding back the rate of deployment is the convenience factor.  Convenience is still the major concern with consumers’ complaints about Qi slow rate of charging, and the required precision alignment between sending and receiving units causing disappointment.  Airfuel standards promise to remedy these issues, and enable one large surface such as a desktop to be used to change multiple devices simultaneously, but deployment has lagged due to the small number of Airfuel compatible products available.  As far as the consumer is concerned, everyone hates power cords and therefore wireless power can’t come soon enough!  So, once again, I predict that 2017 will be the year that wireless power “arrives.”

Wireless power enables the remote powering and charging of the myriad of battery-powered devices that have infiltrated our daily lives.

Key Takeaway: Wireless charging will be a reality in 2017 led by systems deployed on cars, furniture, and for phones, tablets, and small notebooks.

Augmented Reality Moved to Center Stage:  As virtual reality climbs into the consumer living room through video games, sports broadcasts, and other creative content, augmented reality (AR) has moved even faster than expected into our consciousness, if not yet the living room.  Pokémon GO was a viral AR hit that gave the consumer a taste of the possibilities derived from mixing our real-life surroundings with a virtual world.  The astronauts used Microsoft HoloLens at the International Space Station.  Magic Leap raised over $1B in venture capital and has teased us with their extraordinary AR demonstrations.  Augmented reality will increasingly be used for such purposes as 3D product design, remote surgery, and education training (to name a few). While virtual reality is primarily confined to entertainment, the use cases for augmented reality are seemingly limitless. The affordability of augmented reality products will become its own reality in 2017.

Key Takeaway: Augmented reality, and autonomous vehicles will garner increasing attention throughout 2017 with real products gaining traction later in the decade. LiDAR has emerged as a key enabling technology.

Autonomous Cars Will Advance – But Keep Both Hands On The Wheel For Now:  This was the same headline we used a year ago for our 2016 predictions.  I think we get extra points for calling this one correctly! While the technology to enable autonomous vehicles has advanced at an extraordinary pace, we are still a few years away from the proliferation of consumer driven autonomous vehicles as we work out the technology and the regulatory issues. We have seen “beta-testing” of autonomous cars in Singapore and Pittsburg. Google continues to rack up millions of miles with an enviable safety record.  Ford, Volkswagen Group, Nissan, Baidu, BMW, Hyundai, Toyota, Renault, Volvo, GM, and Mercedes all have on-going road tests with their own autonomous creations. We also saw beta testing of an autopilot on Tesla vehicles.  This latter deployment has caused controversy due to the death of at least one driver using the autopilot in May 2016.  The balance between risk and reward has yet to be found, and Tesla has both updated their systems, and restricted functionality while more experience is gained under controlled conditions.  In the meantime, we will see more and more autonomy of vehicles under specific driving circumstances such as parking, freeway driving, and low speed stop-and-go.  One star has emerged from all the deployments and beta testing; LiDAR (Light Distancing and Ranging).  This method of creating accurate and rapid digital 3D images is used by all the key automotive companies experimenting with autonomous vehicles except for Tesla.  Tesla’s unique combination of radar and cameras is the outlier and was called out as a key reason for the May 2016 fatality.

LiDAR is also appearing in various unmanned aerial vehicles for survey and navigation applications.  LiDAR is beginning to show up in augmented reality systems to rapidly and cheaply generate an accurate image of “reality”.

In future years, autonomous vehicles may need vehicle-to-vehicle communications and will allow passengers to spend more time on their smartphones for both communications and entertainment.  This, in turn, will drive demand for greater wireless bandwidth, 5G implementation, and wireless charging in our cars to prevent smartphones from running out of battery power.

Internet Enablement In Underdeveloped Nations Will Grow at a Greater Clip:  While most people on the planet are still without Internet access, coverage via wireless technologies will continue to accelerate.  Balloons (such as Google Loon), satellites (such as the Google-SpaceX venture), and high altitude drones (Facebook) are the most likely solutions to serve much of the underdeveloped world in the coming years and decades.  Facebook has flown their drone, Google is flying their balloons, satellites are under development at SpaceX in conjunction with Google.  In addition, communications companies such as AT&T have announced their deployment of drones equipped with 4G mini base stations. These drones will deliver expanded bandwidth to concerts and sporting events where local cell stations might become temporarily overloaded.  This is a stepping stone to the deployment of such systems to areas of our planet where there are high population densities but low internet access.

Companies such as ViaSat and Boeing are teaming up to create and produce satellites that will deliver high-speed internet to remote areas around the world.

Key Takeaway: Internet access to the 4 billion people currently without will be looking for an airborne solution. Drones? Balloons? Satellites?

Improved Medical Diagnostics Will Gain More Attention:  New, early detection techniques such as nano-RNA and micro imagining will make significant inroads towards early detection of certain types of cancers. For example, XRAY-in-a-pill colonoscopies will gain European approval in 2017 and will eliminate the key barriers to early detection of Colon Cancer. US approval is now expected in 2018 and GE Healthcare has been selected to produce the product.

Servers will be limited by their power density: In the past few years the use of servers has shifted towards cloud computing, artificial intelligence, and deep learning.  All three of these trends have caused a rapid growth in the inter-server communications requirement.  Decisions and computations need to be made inside the server farm faster and faster to keep up with the growing use of massive parallel computation crunching big data to come up with the best recommendations for medical treatments, advertising campaigns, autonomous vehicle control algorithms, and personal digital assistants.  A new limitation just now surfacing is the density of the server itself.  We need to pack servers closer together, and have the functional elements inside each server packed more tightly to speed up our computation and communication.  Getting the heat out of the server is preventing improved performance.  Making the servers more energy efficient has now moved up from a cost-savings on the electric bill to a bottleneck to performance.  OpenRack and OpenCompute projects have all tried to address this key limitation by increasing the distribution voltage inside the server itself.  This, plus transitioning to new materials such as gallium nitride in the power conversion systems can reduce overall power consumption by 20% and increase server densities by 30-40%.

Data centers consume vast amounts of electrical energy. Operating power for these centers runs from megawatts to tens of megawatts.

Key Takeaway: Server performance requirements are being driven by increased use of cloud computing, artificial intelligence, and deep learning. A new bottleneck has emerged – power density.

Moore’s law refers to an observation made by Intel co-founder Gordon Moore in 1965. He noticed that the number of transistors per square inch on integrated circuits had doubled every year since their invention.

Moore’s Law Continues its Decline: This is consistent with our prediction from last year.  Moore’s Law – the technology pact conceived by Intel co-founder Gordon Moore some 51 years ago – continues its decline. Even Intel has backed away from this promise.  In 2016 technology companies, facing slow growth in end markets and increasing technology development costs engaged in an unprecedented number of mergers and acquisitions. In 2017 the consolidation will continue with semiconductor executives seeking growth or golden exits through acquisition.  These activities will reduce the motivation for innovation.

Key Takeaway: Moore’s Law’s decline has catalyzed massive mergers and acquisitions in the semiconductor space. Innovation has slowed to a crawl with only a few players with the resources needed to advance the technology.

GaN Will Continue To Power Advancement:  The ability to fuel technology advancement, including the applications above, will require significantly increased speed, voltage, bandwidth and efficiency, not to mention meaningful miniaturization. As silicon reaches its performance limitations, other new entrants are delivering significantly greater performance with rapidly decreasing costs and hundreds of new applications in mainstream markets. Independent GaN companies will set the pace while established power silicon producers will downplay the significance of the technology.

Key Takeaway: Gallium nitride is picking up the baton and enabling vast new markets for semiconductors while changing the way we live. 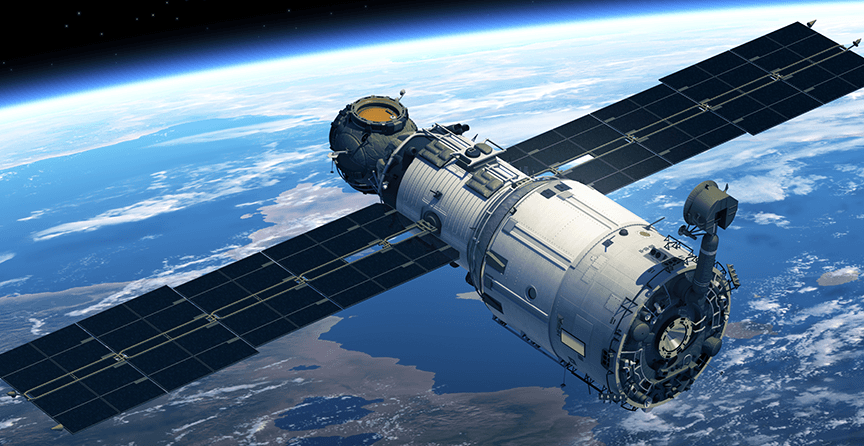 Unlike silicon, requiring custom manufacturing processes and packaging to insulate semiconductors from radiation effects, gallium nitride (GaN) devices are largely resistant to damage caused by radiation due to physical characteristics and structure.

Those attributes can be leveraged in the design of satellites. Orbiting electronics must withstand the effects of gamma rays, neutrons and heavy ions. Protons make up 85 percent of space radiation, while heavier nuclei make up the remainder. Radiation can deteriorate, interrupt knock out satellite electronic components.

GaN Power Devices and Applications. A New Book from EPC. 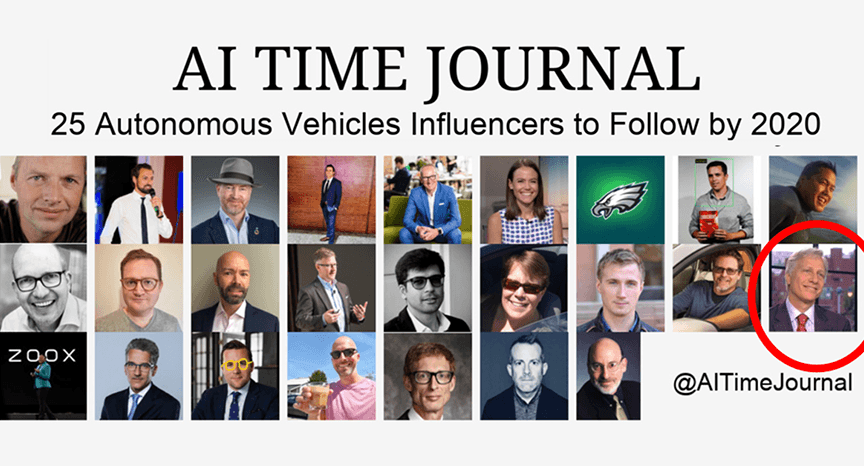 The ultimate aim of Artificial Intelligence is to provide machines the ability to operate autonomously. One such area which is projected to grow exponentially over the next decade is Autonomous Vehicles. With Artificial Intelligence coupled with the rapid advances in electronics and computer technology, the word driverless will soon take over the roads.

Alex Lidow inducted into the ISPSD 2020 Hall of Fame 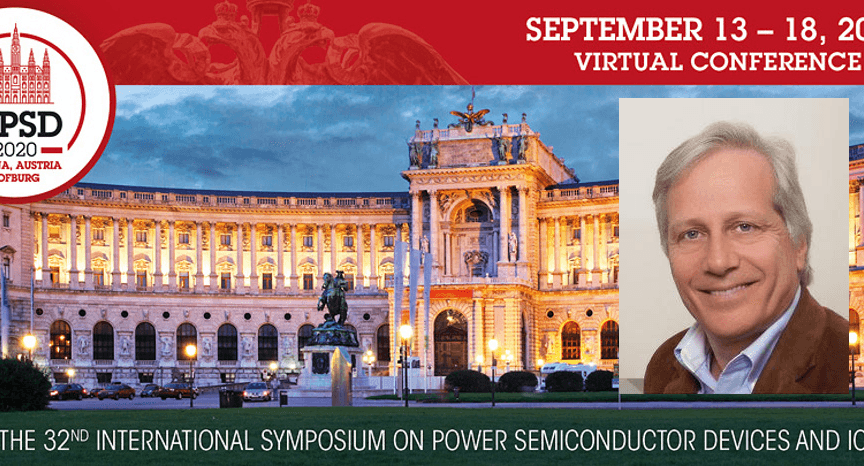