Reflections on a Trade Show, and a Turning Point for Silicon 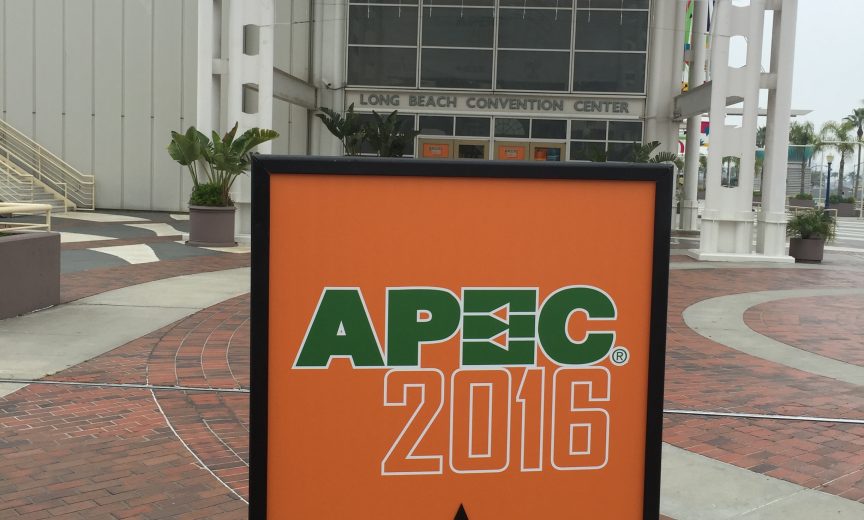 In March 2016 over 5,000 people converged on the Applied Power Electronics Conference (APEC) in Long Beach California to understand the state-of-the-art and the future of the electronics that powers things such as servers, electric cars, white goods, factories, medical implants, as well as drones.

I have been to every APEC show since inception in 1986. This one was different.

On Display at the Conference

For 60 years, well before the APEC conference was conceived, all electronic trade shows have demonstrated the latest and greatest advances in silicon devices as well as the systems and products that are built upon this excellent semiconductor. At APEC 2016 there was a ground swell of products, papers, demonstrations, and an obvious general enthusiasm for devices based on a relatively new semiconductor – gallium nitride (GaN). GaN devices were exhibited by Panasonic, Infineon, Texas Instruments, GaN Systems, Transphorm, and Efficient Power Conversion (EPC). There were drones from Solace Power that can be recharged in mid-air, drones with LiDAR systems mapping the conference hall in real time, a dozen wireless charging systems from companies such as Semtech, Neosen, Gill Electronics,WiTricity, and Solace Power. A satellite from Planetary Resources landed at the EPC booth – satellite designers love GaN transistors and integrated circuits because they are tiny, efficient, and very resistant to the radiation that can damage silicon devices in space.

Figure 1: Phoenix Aerial Systems had a drone on display that had a working LiDAR system mapping the conference room in real time.  LiDAR systems use GaN transistors because they are more than 10 times faster than silicon, thus giving greater image resolution.

Figure 2: GaN devices are extremely small and are used in many medical devices such as implantable pain scintillators, implantable heart pumps, and prosthetics.

Figure 3: Gill Electronics had this automotive center console on display.  Embedded in the console is an AirFuel wireless charging system that can charge multiple devices placed in the recessed section on top.

Figure 4: Planetary Resources had a model of their Arkyd 200 satellite that is designed to recover valuable minerals from near-earth asteroids. In addition to being very resistant to radiation, GaN devices are used to reduce size and weight as well as to improve the efficiency of the solar panels.

More Stuff at the Conference

There was the Little Box Challenge winner at the GaN Systems booth (The winners, a company in Belgium named CE+T took home a $1,000,000 prize from Google).  Panasonic showed a GaN-based, very tiny 45 W AC adapter.   Texas Instruments had a DC-DC converter that converter 48 V to 1 V with astonishing efficiency thanks to GaN (This is the single-stage, energy saving power conversion solution the server industry has been demanding for years!).

Figure 5: Semtech’s chip set, as well as EPC’s GaN FETs, was used in Neosen’s tri-mode wireless charger.  This device can charge devices using any of the three popular standards, Qi, PMA, or AirFuel.

Envelope tracking systems for efficient 4G/LTE and 5G wireless base stations were present, as were X-ray machines that fit into an ingestible pill (Think colonoscopy) were on display thanks to the miniaturization possible with GaN technology.

Figure 7: Check Cap has developed an X-ray machine that fits into an ingestible pill.  This incredible device can do a colonoscopy without pre-purging or an invasive medical procedure.  As the pill passes through the patient’s system, a 3-D image of the patient’s colon is sent to a wireless receiver worn as a patch during the test.  Approval in Europe is expected this year.

GaN was not only in evidence on the conference room floor, it was also in many of the technical papers. There were 106 technical papers and presentations that referenced GaN in one way or another.  GaN was the talk of the show by far.

EPC has been touting GaN for 6 years since its start of production in early 2010.  At that time GaN FETs are 5-10 times higher performance that the best silicon transistors.  At that time EPC made the claim that by 2015 GaN would not only continue to be higher and higher performance, it would also be less expensive to produce than silicon devices that can handle the same amount of power.  That timetable was met, so this year at APEC power systems designers were confronted with the first time that a new material could outperform silicon at a lower unit cost, and is available off the shelf.  Also, after 6 years in production, EPC has shown excellent field reliability that is as good as silicon reliability performance. These two facts contributed significantly to a change in mood of the power design engineers compared with past years!

Moore’s Law – Passing the Baton to Achieve the Promise

GaN is the logical successor to silicon for power conversion and analog devices; and possibly for digital components as well.  GaN is opening new markets – as shown by the multitude of products on display at APEC .  GaN technology enables applications such as wireless charging, higher resolution MRI imaging, micro satellites, high resolution and low cost LiDAR, and higher bandwidth wireless communications.

The recent sluggishness of the end markets for semiconductors is somewhat a by-product of the end of Moore’s Law, silicon cannot keep pace with the need to double performance while lowering cost.  But don’t fret, GaN is on track to re-establish that amazing “go-go period” when consumers could count on marvelous new products and applications that year after year delivered higher performance and a constantly reducing price.

Moore’s Law is not dead, it has a new beginning with a new technology, GaN, to take up the baton. 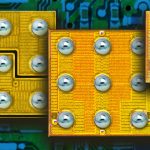 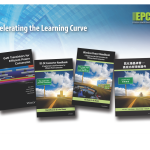 Next Story:
Is GaN Disruptive? Revisiting the Criteria.