Is GaN Disruptive? Revisiting the Criteria. 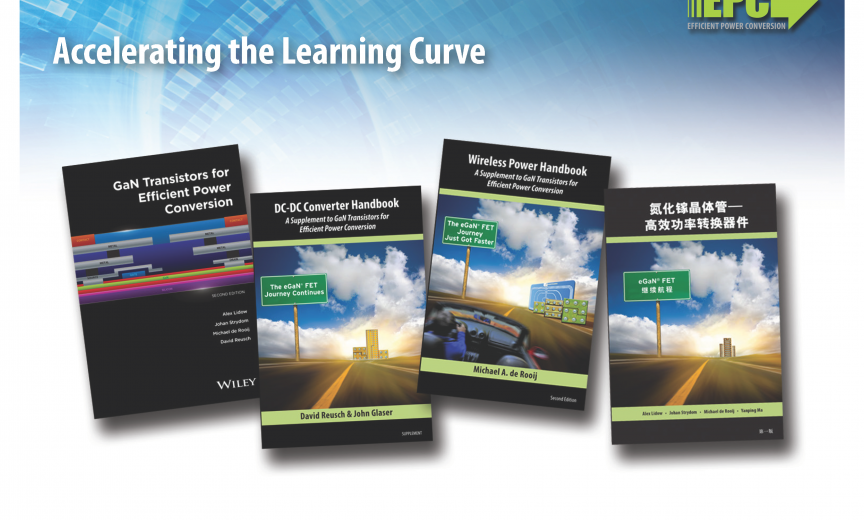 In March 2010 Efficient Power Conversion (EPC) proudly launched our GaN technology at the CIPS conference in Nuremberg, Germany.  Parts and development kits were readily available off-the shelf and therefore designers could immediately get started with a new state-of-the-art semiconductor technology.

Figure 1: EPC2036 die photo.  This family of devices was the first to break the price of MOSFETs with the same voltage and on-resistance.

At that time, we listed four key attributes we believed a new semiconductor technology needed in order to be really disruptive to the end markets.  A lot has happened in the six years since.  GaN has continued to ascend as the presumptive replacement for the aging power MOSFET, yet there are still a few design engineers and technical managers that remain skeptical.  So let’s look again at these four key attributes and see where GaN stands in addressing them.

1 – Does it enable significant new applications?

3 – Is it VERY cost effective to the user?

Does it enable significant new applications?

GaN transistors and integrated circuits are significantly faster and smaller than the best silicon MOSFETs.  Today, commercially available eGaN® FETs and ICs are 5 to 50 times better than the silicon state-of-the-art.  This large jump in performance has led to several new applications that were not possible until the availability of GaN technology.  But eGaN FETs, and in fact any GaN transistor from any of several manufacturers, are still several orders of magnitude away from GaN’s theoretical performance limits.  There is a learning curve ahead that only widens the performance gap between GaN and silicon, and continues to enable new applications and transform entire end markets. Here are just a few examples:

Power converters used in harsh environments, such as space, high-altitude flight, or high-reliability military applications must be resistant to damage or malfunctions caused by radiation. eGaN FETs today perform 40 times better electrically while being able to withstand 10 times the radiation compared with the aging Rad Hard power MOSFET. This enables entirely new architectures for satellite power and data transmission.

Elon Musk, CEO of SpaceX, has set as his mission to reduce the cost of putting objects in space by a factor of 10. With eGaN technology applied to satellites we can reduce the size of the electronics, eliminate the shielding required, and greatly improve the performance of the data communications. This eliminates solar panels, makes the entire system smaller and lighter weight, and extends the life of the satellite.

Reducing the weight by a factor of two is within our reach with today’s technology, whereas a factor of 10 reduction is possible as eGaN technology is used to produce entire systems on a single chip. Multiply the impact of SpaceX with eGaN technology and we will change the way we use space and accelerate the exploration (and possible colonization?) of our universe.

LiDAR (Light Distancing and Ranging) uses high speed pulsed lasers to rapidly create a three dimensional image or map of a surrounding area. One of the earliest adopters of this technology was the “driverless” car. LiDAR is evolving quickly in both resolution, size, and cost and will soon start appearing in a variety of commercial drones, including the replacement of many existing sensors currently found on conventional vehicles.

Figure 3a:  Autonomous cars depend on LiDAR systems powered by eGaN FETs and ICs.

Figure 3b:  Many augmented reality systems use LiDAR to quickly create a digital image or the surroundings.  GaN improves accuracy, speed and greatly reduces power usage.

LiDAR is the fastest and lowest-cost way to develop a 3D digital image and thus ideal for new applications such as augmented and merged reality systems. Projects are already underway to include “3D Awareness” in our cell phones. Imagine if phones could understand the space around us. We will be able to get directions in a new, more comprehensive way. An iPhone today can provide the location of the building you desire, but with LiDAR, 3-D mapping could guide you inside the building and straight to a specific office.

Wires suck! Today, we need wires to supply power to our ever-growing collection of electrically-powered gadgets. For those gadgets that are so completely indispensable, we need to take them with us at all times, and they need batteries that must be recharged all-too-frequently.

Wireless power systems using eGaN technology are beginning to unload this wired burden by providing energy wirelessly to power and charge cell phones, tablets, and computers. By integrating thin transmission coils in furniture, the floor tiles and the walls of buildings and homes, the need for wall sockets will be eliminated altogether! This same wireless power technology can be used to charge electric vehicles when parked over a transmitting coil embedded in the floor of a garage, or even drone in mid-air.

There are projects underway to embed wireless chargers at bus stops. Eventually, in a one-minute stop, a bus can get enough charge to drive a mile to the next bus stop. This could eliminate the need for most of the heavy batteries and overhead electrical systems that burden electric buses today.

We are all getting older, and, as we age, we develop more opportunities for frailties and chronic health problems. Today there are major advances in fields such as implantable systems, diagnostic imaging, and prosthetics that are enabled by eGaN technology.

Wireless power is already having an impact on implantable systems such as heart pumps. Beyond just artificial hearts, many other medical systems can also benefit. AsDr. Pramod Bonde of the University of Pittsburg Medical Center speculated, “[wireless power] can be leveraged to simplify sensor systems, to power medical implants and reduce electrical wiring in day-to-day care of the patients.”

But it’s not just eGaN technology in wireless power that is transforming medicine. Imaging technology is also improving by leaps and bounds! The resolution of MRI machines is being enhanced through the development of smaller and more efficient sensing coils using eGaN FETs and ICs. Diagnostic colonoscopies are about to become a thing of the past due to today’s eGaN FETs that are enabling an entire x-ray system to be squeezed into an ingestible and disposable tablet. These types of non-invasive imaging breakthroughs significantly reduce the cost of health care through early warning and non-invasive diagnostics. As we integrate entire systems on a single eGaN chip, miniaturization and image resolution improves the standard of care while medical costs come down.

Envelope Tracking is a power supply technique that can double the energy efficiency of RF power amplifiers used to transmit all of our voice and data communications through satellites, base stations, and cell phones. Envelope tracking is accomplished by tracking the power demand precisely and providing the power to exactly fit the amplifier’s signal modulation needs. Today, RF power amplifiers operate at a fixed power level delivering maximum power whether or not the transmitter needs it. Excitingly enough, eGaN transistors were the first transistors capable of tracking power demands at the high data transmission rates used in 4G LTE network base stations!  As we move to 5G formats the need for envelope tracking becomes absolute.

Figure 6: Without envelope tracking most of the power consumption in the 4G/LTE power amplifier is wasted.

Is it easy to use?

At EPC we designed our GaN transistors (eGaN FETs) to be very similar in behavior to the aging power MOSFETs (except they deliver much, much more performance!), and therefore power systems engineers can use their design experience with minimal additional training. To assist design engineers up the learning curve, EPC has established itself as the leader in educating the industry about gallium nitride devices and their applications. EPC published the industry’s first GaN transistor textbook (in English and Chinese) – GaN Transistors for Efficient Power Conversion. The second edition was published in 2015 by J. Wiley and is available through Amazon as well as textbook retailers. More recently, we have published two application-focused handbooks to further assist power designers of DC-DC conversion and wireless power transfer systems in the use of GaN. EPC is working with more than 60 universitiesaround the world in order to lay the groundwork for the next generation of highly skilled power system designers trained in getting the most out of GaN technology.

Figure 7:  EPC has written three books covering the use of GaN in state-of-the-art power conversion, wireless poer, and DC-DC conversion

Is it VERY cost effective?

GaN transistors and integrated circuits from EPC are produced using processes similar to silicon power MOSFETs, have many fewer processing steps than MOSFETs, and more devices are produced per manufacturing run because GaN devices are much smaller than their silicon counterparts. In addition, lower voltage (<500 V) GaN transistors do not require the costly packaging needed to protect their silicon predecessors.  This packaging advantage alone can cut the cost of manufacture in half and, combined with high manufacturing yields and small device size, has resulted in the cost of a GaN transistor from EPC to be lower in cost than a comparable (but lower performance) silicon power MOSFET.  Today the designer does not even need to take advantage of the higher performance of GaN to realize cost savings in their system!

Figure 8:  Comparison of GaN transistor costs and silicon MOSFETs with the same voltage and on-resistance.

To date, several manufacturers of GaN transistors have reported excellent results from in-house stress testing.  In December 2015 EPC published its 7th reliability reportincluding 7 million device hours under stress.  In addition, for the first time, EPC published the results from tracking parts in the field for 17 billion hours over a six year period.  GaN FETs, aided by the fact that they are chipscale, and therefore do not suffer  from failure modes common to packaged semiconductors, achieved a remarkable 0.24 failures for every billion device hours.  There is no doubt that eGaN FETs are suitable for any application in which MOSFETs are used.

Figure 9:  eGaN FET reliability after 6 years and 17 billion hours in the field is proving better than the aging MOSFET.

Thus, the four requisite attributes for GaN to displace the silicon MOSFET have been achieved: switching speed, small size, competitive cost, and high reliability give the GaN transistor the “winning edge” to displace the silicon MOSFET in power conversion applications.  Similar analysis shows that soon the same will be true for power ICs and analog integrated circuits created with GaN technology.  Perhaps in 3-5 years the same will be true for digital integrated circuits.  GaN is a relatively new technology and has just begun its journey up the learning curve! 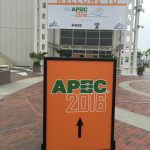 Previous Story:
Reflections on a Trade Show, and a Turning Point... 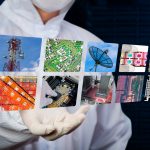 Next Story:
Four Industries that will be Transformed by GaN